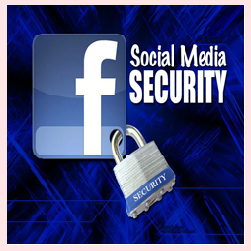 So you think your Twitter and Facebook accounts are secure from hacking? We bet those in charge at the U.S. military’s Central Command thought so as well. And then one day last month, CENTCOM’s Twitter account profile picture was changed to show an Islamic State militant. Plus rogue tweets were being sent out such as “AMERICAN SOLDIERS, WE ARE COMING, WATCH YOUR BACK”.
CENTCOM was discovering the embarrassment of having a social media account hacked just as had been suffered in the past by businesses such as Jeep and Burger King. The latter’s Twitter profile image was changed and said that McDonald’s had bought Burger King because the “Whopper had flopped”. During 71 minutes, 53 bogus tweets were sent out (including one offering illegal drugs when a Whopper was purchased) and were retweeted over 73,000 times!
If the U.S. military and multinational corporations are vulnerable to social media hacking, what can your small business do to protect against such embarrassment? Although there’s no such thing as a 100 percent safe social media account, these 4 tips will keep your business from falling easy prey to the wild wild west that is the World Wide Web.

Those that are simple such as a pet’s name or your name and lucky number tacked on the end are definite no-no’s. Even medium strength passwords will not suffice. Only the strongest passwords should be used. And the excuse that they can’t be easily remembered isn’t valid with the password management applications that now exist such as PasswordWallet, LastPass and KeePass. Additionally, passwords should not be saved on shared computers, recorded on spreadsheets or on mobile device memos (the device can be lost or stolen) or written on Post It notes stuck to your keyboard.

Many businesses have multiple employees posting to social media accounts. From the founder down to sales associates. Through the use of Single Sign On (“SSO”) technologies or secure third party social media posting platforms (Hoostuite, Buffer, et al.) you can avoid employees having access to the actual passwords for your accounts. An additional method is to keep the passwords in the hands of a central administrator in your business that grants various levels of permission to your employees (e.g., being able to only post on Facebook, but not edit the account preferences or grant permissions to others).

Hackers are known for sending out spammy and “phishing” emails with links designed to get access to your computers or passwords. You and your employees should not click on any links that are in any way suspicious or not from a trusted source. And if an email purports to be from a social media platform and requests that you change your password by clicking on a link, don’t do it! Twitter and Facebook don’t send out such emails.

In addition to such platforms being a way to “hide” your social media account passwords from employees, Hootsuite, Buffer, TweetDeck and their ilk have many security features already built into them. And many of them include features for the posting of paid, promoted posts on social media platforms such as Twitter and Facebook. As a result, you are also adding a layer of security as to where your business credit card information can be accessed.
Once again, there currently is no way to absolutely guarantee the security of your social media accounts. But following these tips and best practices will go a long way toward avoiding your small business becoming an Internet viral sensation for all the wrong reasons.
LAD Solutions has a team of social media professionals that have been using and researching social media marketing for many years now. During that time, we have created quite a few highly successful advertising campaigns for a wide variety of companies. To learn more about our social media management, please call (888) 523-2926 or submit your request and one of our representatives will be in touch with you shortly!