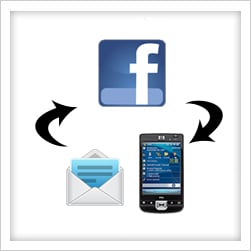 On the face of it, Facebook’s new targeted advertising for phone numbers and emails seems like it’s a pretty good initiative. The mechanism is pretty simple: your business has a list of telephone numbers provided by your customers for updates and communication. You provide that list to Facebook and ask that your ads are targeted towards those Facebook profiles that also use that phone number. You can also narrow down that targeting by age, gender, and so on. A special pixel in the advertisement can be used to track their activity, making it easier to assess the success of a campaign.

The potential benefits are obvious. Not only is it a good way to attract your existing customers to your Facebook page, but it can be a less intrusive way to contact your customers with deals and advertisements. Let’s say you have a hair salon and you have a list of customers whose last appointment was two months ago. You can target a Facebook ad to their page that makes them aware of deals on touch-ups and color that are specifically relevant to them. As with all of Facebook’s targeted advertising, this is a further way in which advertisers can focus their advertising spending on past and existing customers, and customers are more likely to see ads that are relevant to them.

However, jumping on this new bandwagon may not be the most business-savvy move. Facebook’s increasing penetration and ubiquitous presence in daily life has been raising privacy concerns for years. Yet another of those legally meaningless copyright notices is currently doing the rounds, being copied and pasted into users’ profiles. Facebook is already in the bottom 10% of trusted websites, according to the last SUPR-Q survey, and privacy concerns are clearly still something people worry about.

When Business Insider reported on phone and email targeting, they gave it the sensational title “Remember When Facebook Wanted Your Phone Number? It’s Using It To Sell Ads” and waxed lyrical on the double-dealing of asking for a phone number for security that was then used to facilitate this service. It turns out that these phone numbers are not being used; rather it is those that you use elsewhere in your profile. While the article has been corrected, the same headline is being used.