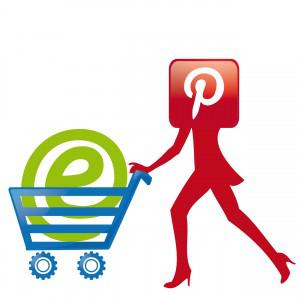 Are You On “Board” with Online Sales Through Pinterest?

Can you imagine investing $7 million in a company whose only line of business is helping clients market through a fledgling social media platform? That’s what venture capitalists recently invested in Ahaology, a firm that helps brands like Kraft and Quaker effectively use Pinterest. And that is all that Ahaology does, period. As Pinterest goes, so goes Ahaology (to play off the old saying, “As goes General Motors, so goes the nation”).

One might think that Ahaology and its backers making such a bet on Pinterest is just one of those high risk, high reward start up things. But long established high-end retailer Nordstrom was one of the first to get on board (please pardon that unintended pun) by adding a “Pin It” button to their online offerings. They subsequently developed an in-store application so that sales associates could match inventory with popular Pinterest items in real time plus merchandise in some departments include “Top Pinned” signs.

And another big-named retailer, Target, took it to another level by opening an online storefront that incorporates the most pins on Pinterest in deciding which items are sold. Target’s “Awesome Shop” was later tweaked to add Pinterest’s Rich Pins, which immediately sent the Awesome Shop’s traffic through the roof. The look of the Awesome Shop evokes what a Pinterest storefront might look like if it had an Ecommerce storefront.

In 2015, Pinterest debuted “Buyable Pins” that made it possible for medium and small business to compete with the big name retailers for online sales through Pinterest. And all it takes are a few adjustments to your Ecommerce setup. The result is that any of your “pinned” products are transformed into Buyable Pins and include a “Buy It” button. Its a simple and seamless buying process for your customers.

So why are Ahaology and Target so bullish on Pinterest? Money of course. Not trying to be flip there, but Pinterest is the source of the second highest amount of traffic to ecommerce stores and has the largest average order value in that realm. And what bottom line doesn’t love quality leads that convert at a high revenue level?

Unlike Ahaology, your small business can add Pinterest to its ecommerce selling tools with very little risk. And what’s even better, is the potential for large upside rewards. Who’s not on “board” with that? And that groan worth pun was fully intended.

LAD Solutions has a team of website development and design experts that can assist you with the Ecommerce operations of your online storefront. To learn more about our website development services please call (888) 523-2926, or click the button below to submit your request, and one of our representatives will be in touch with you shortly!