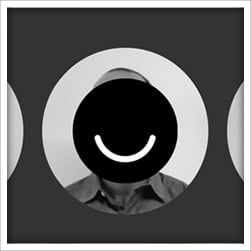 Twitter and Facebook have long been the social media titans to which businesses direct most of their attention. However, the internet moves quickly and new trends can rise in a matter of weeks. Take, for example, Ello — the invite-only, ad-free social network that has the tech world transfixed just a few months after launching. The service, which bills itself as the anti-Facebook social network, is designed specifically for users sick of having their private data bought and sold.
The big difference between Ello and other social media sites is the promise of privacy. Ello states in no uncertain terms that user data will never be given to advertisers or another third-party. Additionally, Ello promises users that the service will remain entirely ad-free. Ello plans to make money for itself by offering special features to users rather than by selling data or ad space. It’s an interesting idea, and one that has users so fired up the service was reportedly receiving 31,000 sign-up requests per hour (access is currently limited due to the network being in beta).
So what do business owners need to know about Ello? At the moment, it seems as though Ello is poised to join the ranks of Instagram, Tumblr, and other media sites that users look to for information and entertainment outside of or instead of their main social networks. A business that adopts Ello early might find an advantage, but users may not take kindly to businesses on the platform given its unique selling points. Businesses using Ello must find a way to engage customers and create an identity without attempting to overtly drive sales, lets they draw the ire of the ad-hating, privacy-touting Ello community.
It’s too early in Ello’s lifespan to determine whether it will become the next big thing or another also-ran. Business owners who rely on the web should keep a close eye on it, however, as it could provide new opportunities and a completely different audience than current social media channels. Questions about the new social media network – Ello and if it would be a feasible choice for you please contact the experts at LAD Solutions at 888.523.2926 or via www.ladsolutions.com.